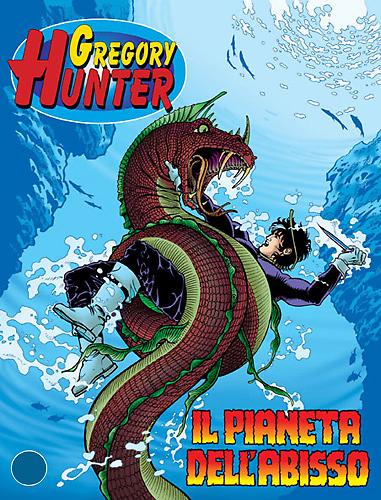 Having managed, after an extenuating adventurous journey, to reach a forgotten planet constantly swept by a biting wind, Gregory Hunter, Badger and the warrior-girl Sandrach have to solve an enigma that seems to go back into the mists of time, to the era of the now lost Galactic Empire. What is hidden inside the apparently derelict fortresses strewn around on the surface of the planet? What’s the function of the mysterious antennas concealed within them? And where do you get to by following those underwater conduits inside which the antennas are actually housed? The answer to these riddles is astonishing, and it will plunge our heroes into an adventure that will force the Space Ranger to face up to his past!