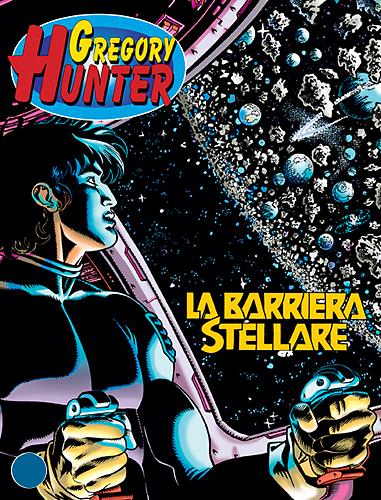 Entrusted with a special task by Chris Manderson, the head of the Space Rangers, namely that of escorting a young girl beyond the mysterious star barrier, Gregory and Badger find themselves caught up, as usual, in an absolutely frenzied adventure. Young Lory, their protégée, turns out to be unexpectedly hot-tempered, and is herself on a mission to carry out a dreadful vendetta. This marks the beginning of a frenzied chase that eventually leads our heroes not only to another encounter with the gigantic space Krakens, but also gets them transformed into famous footballers, after which, together with the “Jolly Roger”, their space ship, they challenge the terrifying erupting volcanoes that cover the surface of the flaming planet Pyron!