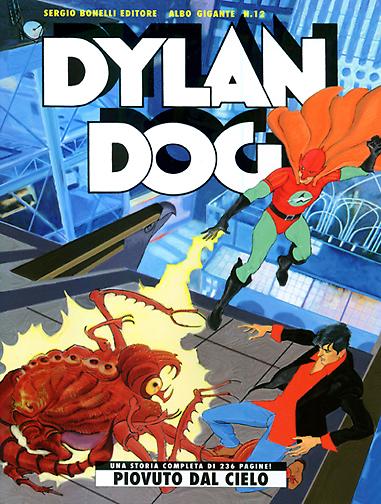 Introduction: He comes from a dying planet and he likes Steel Man comics… But Roger soon discovers that life is quite different from comics and that goodness is unlikely to be victorious…

What Dylan Dog sees shooting across the sky is no ordinary falling star, but rather a space capsule. And inside it there’s little ET, in need of affection and protection, and soon to be given a new name – Roger - by Dylan. If it weren’t for his enormous head, Roger would look just like any other little kid… But what if Roger weren’t even an alien like all the other ones?