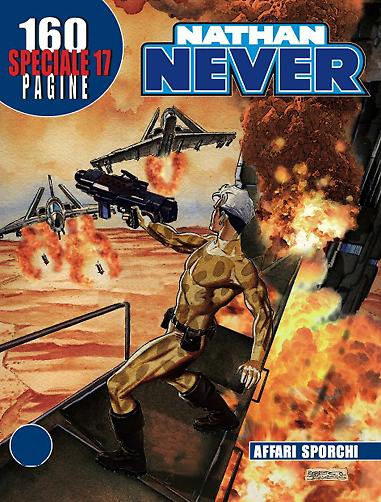 Introduction: Behind a mutant's disease, a treacherous economical and political plot is hidden...

Luther Jackson was a mutant: endowed with extraordinary powers, he decided to use them for the law and the order, fighting crime and becoming a superhero… He was the Eagleman! Today, Luther is impaired by a terrible disease, the PDS, (Progressive Debilitating Syndrome), that forces him to sit on a weelchair, a wreck of the man he was before… Luther knows the disease gives him no hope. He knows the end is near… But he became convinced that his end could be delayed, if the dirty interests of pharmaceutical corporations didn't intervene… They're a powerful opponent, perhaps too powerful even for Nathan Never and Agenzia Alfa…