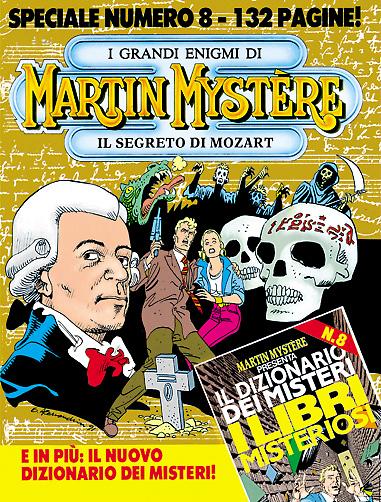 The disconcerting story about the misfortunes the skull of the Austrian composer Franz Joseph Haydn had to suffer after his death introduces a series of musical mysteries. Martin Mystère, Angie, Dee and Kelly, and the Elsewhere base will have to deal with an ancient musical chord, also known to Mozart. It is able to transform music into a powerful magic instrument, which someone, in our days, is using for an obscure criminal design.