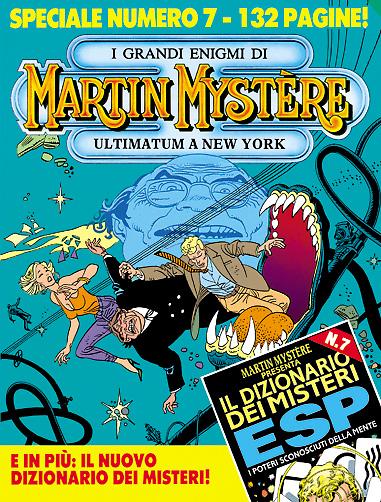 The deceased Mister Mind, perhaps the most powerful telepathic mind of the world, is brought back to life by John Hunt, an unscrupulous politician who is running for the presidency of the United States, and who does not hesitate to put New York in danger to reach his goal. Meanwhile the Detective of the Impossible, accompanied by the ever-present Angie, tries to avoid this disaster. At the same time, at the Elsewhere base, an incredible plan is being thought out to evacuate the metropolis without the population being aware of it.