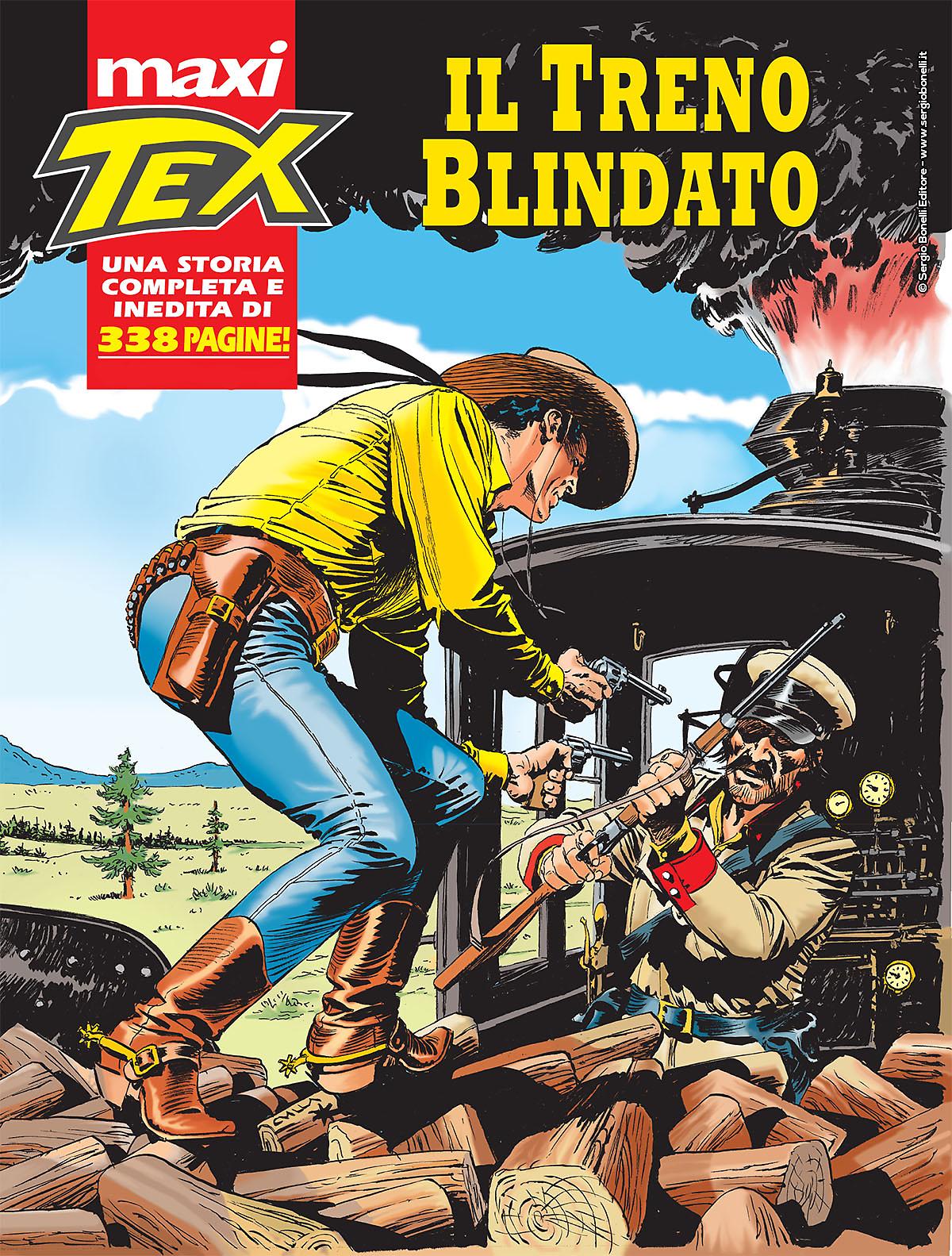 Introduction: A train with a load of gold. A blood-thirsty general. And a foray into Mexican territory necessary to avert the danger of a war…

The bloodbath inflicted on settlers in the South-West territories bears the signature of General Contreras, a fierce “caudillo” who dreams of reconquering the lands Mexico lost in 1846 and setting up a regime of absolute power in the old territories. At least, this is what Tex and Carson hear from Senator Davis, who is absolutely determined to crush this bloody enterprise. But that’s not all: there’s a train with a load of gold and weapons, which Contreras is counting on to finance the continuation of his war-mongering activities. So, it’s got to be located and seized, but in secret, because an official action by North American forces would lead to a diplomatic and military clash with Mexico that would have untold knock-on effects. Our Rangers, who have crossed over enemy lines accompanied by a handful of staunch men, will put up a clever and courageous fight - unaware that the greatest danger is gathering behind their backs!