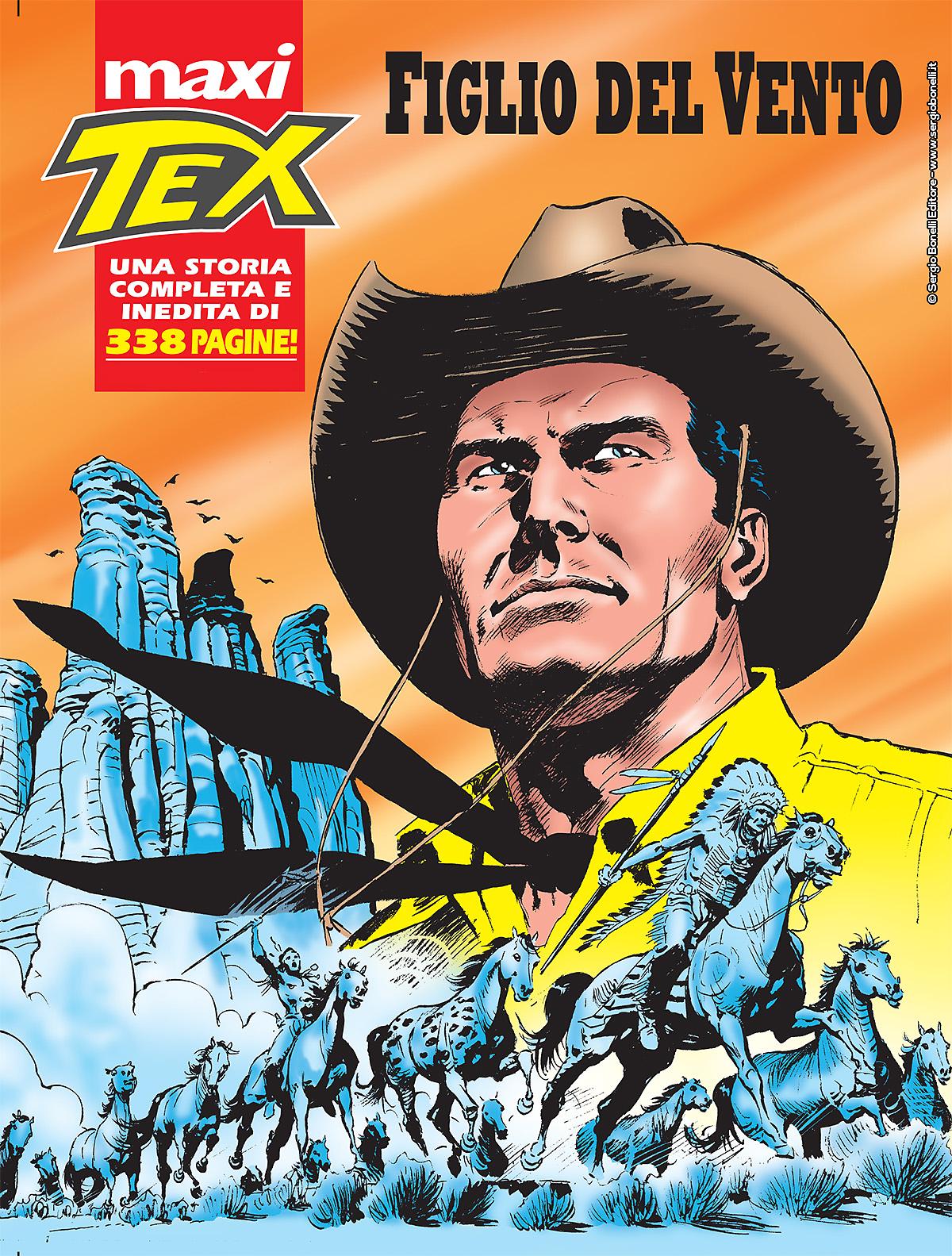 Introduction: Can one put a bridle on the wind? Men of mediocre qualities and disproportionate covetousness such as Jefferson or Major Duncan think you can. But fate, aided by those four firebrands, will show just how wrong they are!

“Figlio del Vento” is the name Orso Nero’s Arapahos have given to a splendid wild horse, one that gallops fearless and fast as the wind: a magnificent steed they consider as the very symbol of their freedom. But to men who are on the hunt for horses living in the wild, the “mustangeers” in the pay of mister Jefferson, “Figlio del Vento” is just a prey to be caught and tamed and turned into a racehorse. Quite by chance, Tex, Carson, Kit and Tiger Jack come across the tracks of the steed and his pack, and as soon as they figure out what’s going on they attempt to act as intermediaries calming the waters. But they face a difficult task: Major Duncan, of Fort Stanley, far from trying to prevent the capture of “Figlio del Vento” in order to avert renewed hostilities with the Indians, actually wants to get his own hands on the splendid animal…