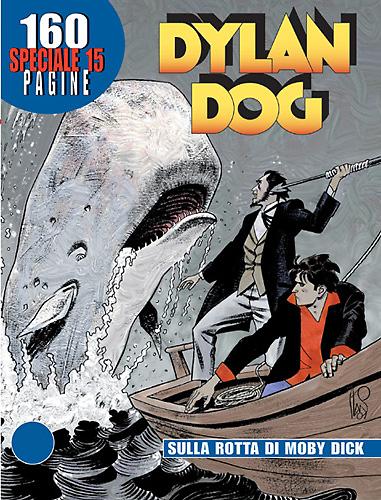 The last Dylan Dog Special (nr. 14) was published in October 2000. By clicking on the Cover here on the side you can read the Special in the back issues.
The fifteenth Special, due to come out in September, is dedicated by Tito Faraci and Bruno Brindisi to an immortal book, on the occasion of its hundred and fiftieth anniversary: Moby Dick, by Herman Melville, which was publsiehd in 1851, exactly 150 years ago.