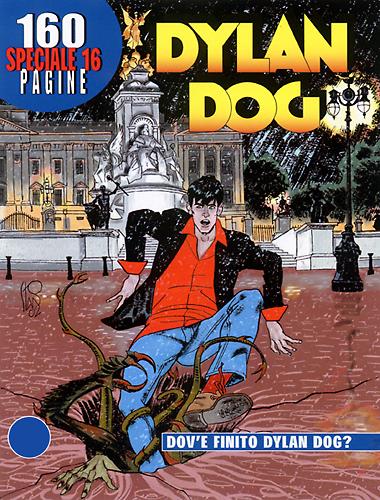 An ordinary day for Groucho… buying food at the store, a hop at the newstand and then straight back home.
Well, it'd be an ordinary day if Craven Road, 7 would still be Dylan Dog's house, with its resident nightmare investigato, and not a low end pub managed by a guy claiming to be there since at least 16 years.
For Groucho and Inspector Bloch there looks to be no way to solve this mistery, until Lord H. G. Wells, with one of his strangest machines ever, detects an emanation of negative waves whose origin, though invisible, is right under everybody's noses...