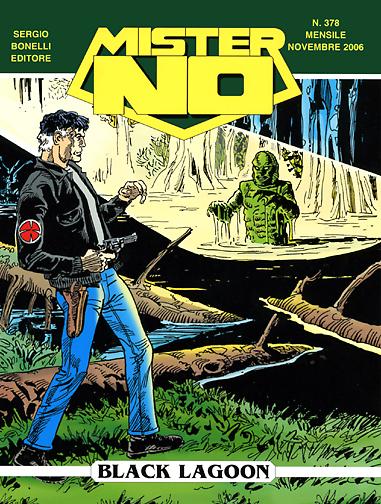 Introduction: Wile an entire people comes face-to-face up againsty its harsh destiny, a mysterious figure surfaces from the dark waters of a lagoon…


The smoldering stand-off between Kamanau and his son Taboka, who are diametrically opposed on the issue of what to do about the road that’s going to cross the indios’ land, risks ending up tragically. And the fate of the Waimiri-Atroaris is sealed before Mister No’s very eyes. At the end of this dramatic adventure, the return to Manaus is disturbed by a strange unsettling apparition… What lies concealed beneath the masque of the monster that haunts the murky brine of “Black Lagoon”?