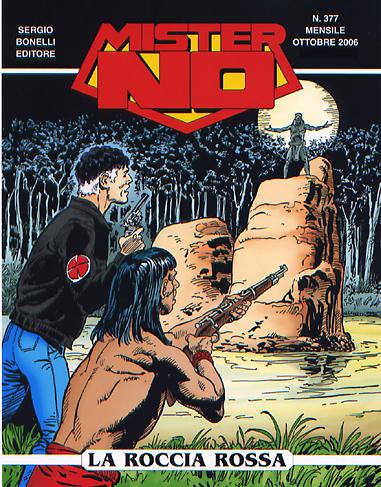 Introduction: The terrible "brancos’ cough’ is threatening the Waimiri-Atroaris. And how will Mister No be able to help them?

Mister No and Taboka are continuing on their trip through the forest in search of Kamanau. But once he’s managed to avoid the tragic destiny his kidnappers were going to inflict on him, what unfolds before the Waimiri-Atroari chief’s eyes is the dramatic situation of his indios, decimated by a disease that seems to spell irremediable doom, while the white men are trying to get their hands on the indios’ lands. And with anguish in his heart, Kamanau will have to make an unspeakably awful decision…