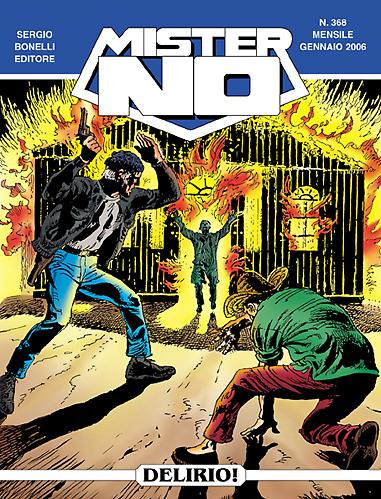 Introduction: Theres only one way to save Stelio: dare to defy the vengeful anger of the sons of Ayahuasca!

Mister No is fighting a race against time: his friend Stelio is becoming possessed by a ghastly nightmare, and can’t seem to wake up from it. It’s Ayahuasca, the powerful hallucinogenic drug, that’s holding him prisoner. During the pitch-black Manaus night, flames transform the Casa das Sapucaias into a veritable death-trap and there seems to be no way of escape for the damned who are confined inside it in search of paradise!