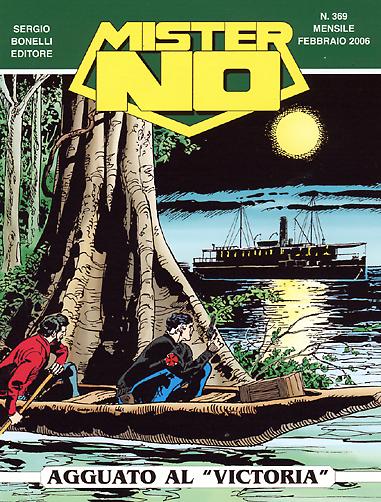 Introduction: Its time for revenge. And the venue will be a glorious old ship that sails the waters of the Rio Madeira

Mister No has an account to square with Francisco Paco Medina, aka Abacaxi. No sooner had he once more set foot in Manaus after his last lengthy journey than Medina, a smuggler and a scoundrel involved in all sorts of crooked dealings, offered Jerry a real dirty job. After our friend had declined to take it on, Medina sent his thugs to unleash a hail of gunfire against the Piper. All this happened some time ago, but Mister No is not the kind of guy who forgets!