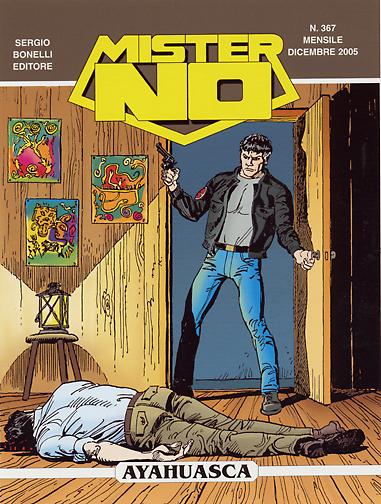 Introduction: Men ill-treated and worn out by exhausting work schedules seek refuge in the welcoming arms of a lethal drug.

Stelio, the jangadeiro of Pecèm, has effectively moved to Manaus, abandoning the Atlantic coasts in favor of working in a factory buried deep in the jungle, so as to guarantee the survival of his family who live so far away. But in the new Amazonian city, where metal and concrete increasingly appear to mushroom almost overnight all over the place, survival is really one hell of a task. And so it falls to Mister No to help his friend avoid falling prey to the paradise of illusions called Ayahuasca!