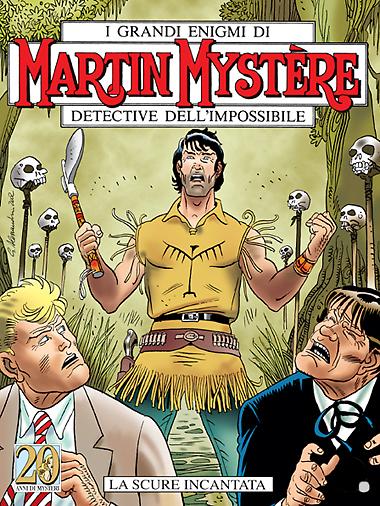 An incorrigible collector of Scottish origin, a hatchet endowed with mysterious powers and a handful of old dime-novels - those cheap adventure books that were all the rage two centuries ago - centering on a strange folksy sort of man living in the forests of Darkweed… How much truth is there in the legends that speak of Za-The-Nay, the Man with the Hatchet? Martin and Java hardly need any other prompting and off they go, chasing after the faint traces of the myth, all the way to Bird Center, where it seems that everything began!