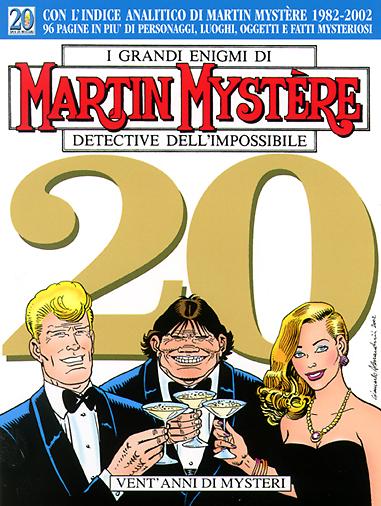 Introduction: What event is about to change Martin Mystère and Diana Lombard’s lives for ever?

You are all warmly invited to a reception put on by Professor Mystère and Miss Diana Lombard. The preparations have been completed, the invitations sent out, the guests are about to arrive… but there’s a problem, something quite unexpected that threatens to irremediably ruin the party!

Note: The album has an appendix containing a revised Analytical Index of Martin Mystère, updated to April 2002.