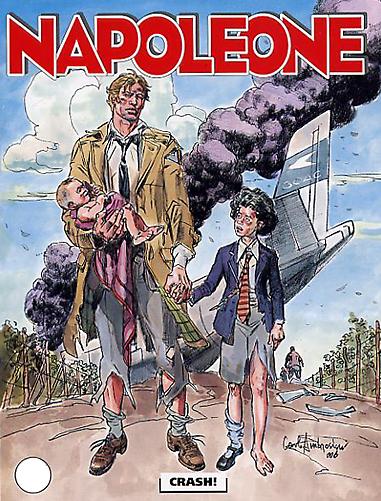 Introduction: A plane crashes and Napoleone survives the disaster, but his mind reacts to the tragic event in an unpredictable way

Napoleone is among the few survivors of a terrible plane crash. But his mind has gone into a state of shock and the entomologist detective, affected by a delirium of omnipotence, hasn’t the slightest intention of cooperating with the Geneva police to shed light on a mysterious murder. A crime that happened no less than on board that plane, before it crashed. Alongside Napoleone, there’s an arousing return: that of alluring police officer Serena Ferrol. He already happened to make her acquaintance a few years ago, and she didn’t fail to pull our hero’s heartstrings…