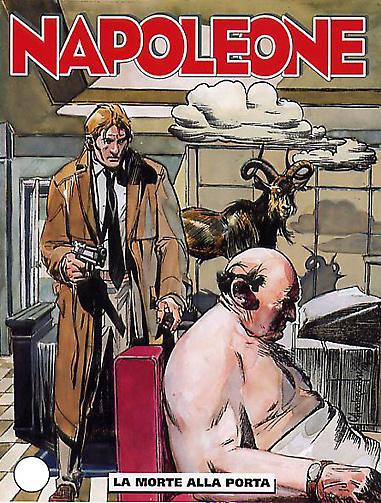 Introduction: An traveling rep, apparently a real quiet guy, turns out to be a fierce serial killer with an obscure past! What can Napoleone do to stop him?

Bernard Domestici is a traveling rep. So it’s no surprise for him to wake up one morning in a cold uninviting motel room. What really is a bit strange, though, is to find his shirt soaked with blood and a young maid lying dead at his feet. Why can’t the man, who is actually a brutal killer, reconstruct his past? What terrible events are buried in his earlier days? And what, if anything, does he have to do with Napoleone? Curiously, some time before, the detective-entomologist’s path of destiny had crossed that of the murdered girl, a drug abuser who’d been in rehab and had come knocking on the door of Hotel Astrid to see if she could get a job…