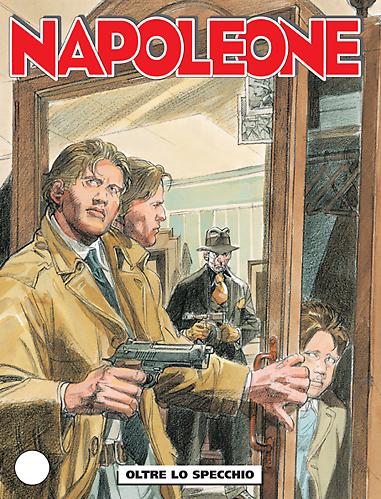 Introduction: A child imprisoned in a Mirror. A tormented old man. And the Chicago of the Roaring Twenties, its streets running with the blood of gangsters at war with one another!

What on earth is Peter Mahoney doing in the world “beyond the stars”, together with Lucrezia, Caliendo, Scintillone and Cavallo, the latter being the four-footed philosopher? Well, to tell the truth, he’s not actually together with them – quite the contrary! He’s out there keeping his distance, leafing through a 1930 atlas, maybe because it reminds him of the world he fleetingly lived in… You see, Peter is a twelve-year-old kid, or rather, he’s a kid that died at the age of 12, in 1932, in Chicago. Now, his reflection, the idea-recollection of Peter that his just slightly older brother Richard still cherishes, cannot abandon that strange horizon and that even stranger company. At least as long as Richard, who today is eighty-one and almost blind, persists in defying death. The fact is that old and ailing Richard Mahoney, who is resident in Geneva, has a very good reason for gritting his teeth: an orphaned grandson, Pierre. A bright and plucky kid who seems to bring something of Peter back to life, and whose path quite by chance just happened to cross Napoleone’s…