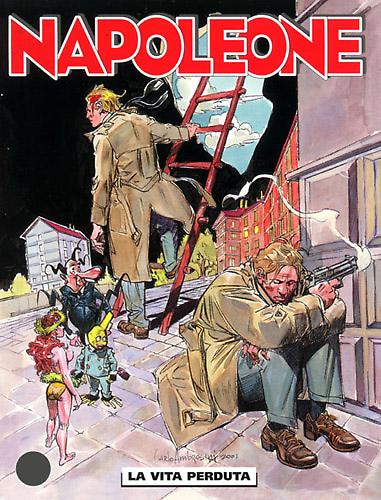 Napoleone is dead! Only a handful of mourners at his funeral, only his dearest companions who were most strongly attached to him in life: Boulet, Dumas, Allegra and Mrs. Simenon. But not far away, standing inconspicuously aside, the detective-entomologist himself is actually present at his own funeral, and he’s the target of numerous hostile glances by friends who are looking at him askance. How can it be that the one they are lamenting is right there, just a few steps away from them? Life herself intervenes to cause dramatic upsets in the protagonists’ existences, mingling memories, experiences, fragments from other stages of Napoleone’s life and from that of a hooligan killed during a hold-up…