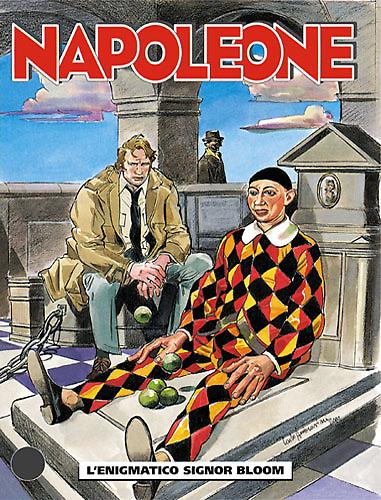 As the saying goes, it is not the cowl that makes the monk. And Napoleone should well remember that when, following the traces of a cloth forgotten by a poor and lonely old man, he bumps into the disreputable activities of an old woman who is a hired killer. There is a dead person and a living one in this story, but what is not clear is which of the two is lying in the cold tomb. There is also a young woman who consumes her life in the quagmire of a daily death. Meanwhile, in the place “beyond the sunshine, the heavens and the boundaries of stars and celestial spheres”, the Juggler is patiently waiting for the moment to resume his work.