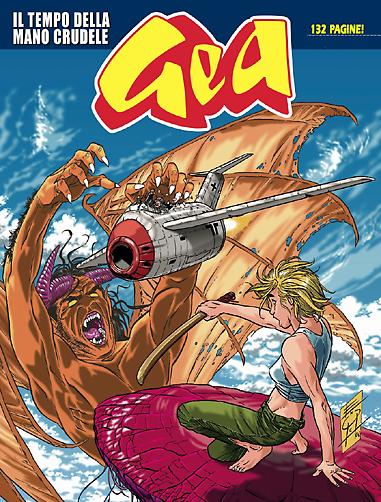 Introduction: Human resistance is getting fiercer and fiercer. But the Devils who have invaded the Earth seem unstoppable...

Electromagnetic impulses are still hitting the Earth and preventing anyone from using radio-electrical devices. But now they're affecting the human body as well, causing diseases and mental problems. Gea and the Bulwarks find it hard to try and avoid that the new society becomes a realm of violent psychotics. Ina a secluded place, the eggs laid by the Exarchs are giving birth to the Hasmallîm, the terrible fire creatures that are to end the human resistance once and for all. The open-field battles against the invaders continue, while the Devils are trying to create a new race, apter to life on Earth...