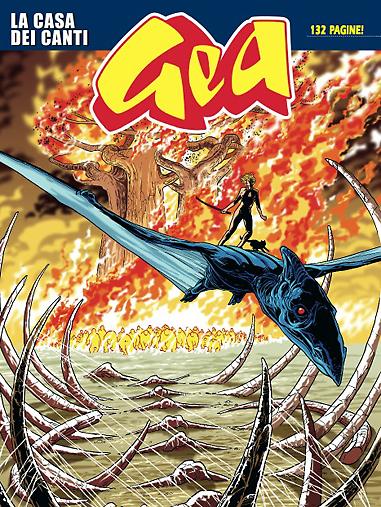 Introduction: Will Gea, the last of the Bulwarks, be able to defeat the devils that are devastating her world?


It's the last act in the saga of the blonde rock'n'roll girl, who seems to have definitely given up her guitar. Everything keeps rushing towards the final clash. The Hasmallims, the fire creatures the Esarchs generated to destroy human civilization, are getting closer and closer to the Life-Tree, the giant vegetable being that gave shelter to thousands of refugees. They seem to be unstoppable. Gea and her companions, as well as Ahmad and his Red Heads army, try to face the ultimate menace, each in their own way. It seems, though, that a head-on collision will be a suicidal tactics…