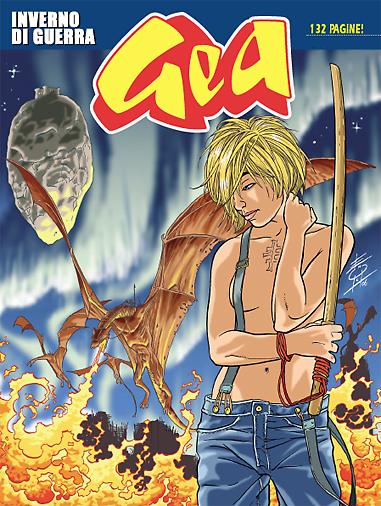 Introduction: The massive eruption of the volcano in Antarctica has changed the face of the Earth, perhaps for ever


An early winter is about to make its appearance, partly as a result of the eruption of the Antarctic volcano that has released an enormous quantity of matter into the atmosphere, blotting out the sun and causing temperatures to plunge. Society as we have always known it has now been wiped out; thousands of refugees are streaming out of the inhabited areas, at the mercy of the invading forces. Gea and her Bulwark mates are trying to reorganize the ranks of the escapees and prepare a resistance movement, but they’re also teaching the refugees how to survive by exploiting the new flora and fauna that now populates the planet, which has undergone a sweeping morphological transformation. Meanwhile, the great Exarchs are laying their Eggs, from whence will hatch the invincible beings that will assure them of the final victory.