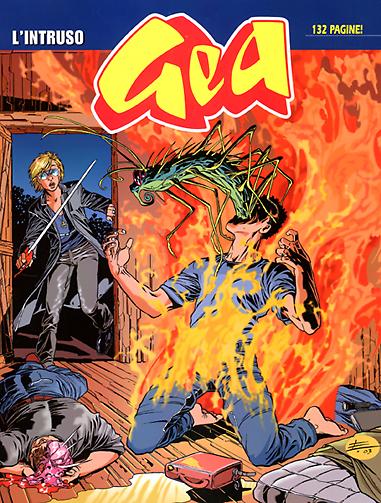 Introduction: Oliver has come back from the world of beyond. But now theres an intruder living inside him

The living dead of Gea’s world aren’t bemused rotting zombies, but rather enormous sentient insects who get hold of corpses in order to use them as a casing so they can freely move around among humans. Their favorite targets are “casteless” beings – pariahs of all kinds and circumstances. But this time, one of these monstrous intruders has made a mistake, seizing the corpse of a young black man from a good family who was socially committed and was actually a rather well-known figure. His ”resurrection” does not go unnoticed – in fact it stirs up quite a furore which the creature that inhabits the shell would far rather have avoided. It falls to Gea to keep watch over the individual who’s apparently come back from the dead…