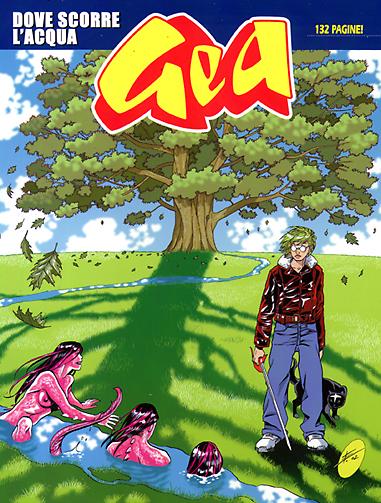 Introduction: The hamadryad, the nymph of the oak tree, has a peace-loving and benevolent temperament, but it is none other than this creature that turns out to be the greatest danger of all!

An ancient forest, not far from Gea’s city, features an immemorial oak tree, the shelter of woodland and waterworld nymphs. But the beauty of the place is about to be desecrated by bulldozers and the callow reasoning of real estate developers. Be careful, though, not to disturb the sleep of the naiads… From a spring that is quite by chance restored to daylight, the nymphs re-emerge out of the waters to spread terror among men, venting their fury at the outrage so-called civilization has perpetrated on them and thus seeking to match ruin and devastation with ruin and devastation. Gea must intervene before the felling of the oak – with the gaping hole of the spring still open – can bring about a disaster of unthinkable proportions…