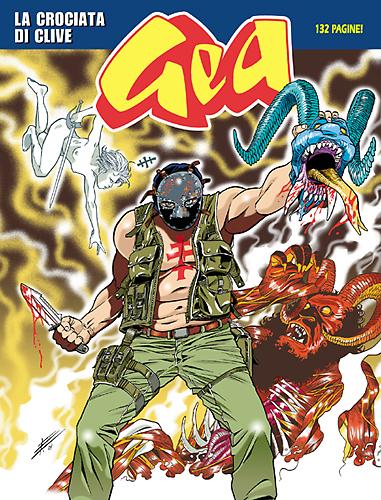 Introduction: Devils are his obsession, now… And Clive will choose to accept the challenge of Satan's hordes!


Rosa is a ghost. Rosa is a sin. Rosa is everything that’s left to the veteran Clive, a former trainer of torturers at Casa de las Américas, consumed by booze and regrets, since the day the girl was thrown into the sea, still alive, from the port of a military plane. Maybe, though, Clive still has a way to conquer the demons that torture him: to join forces with Gea, in the hunt for the members of the Enemy Race that plague the city!