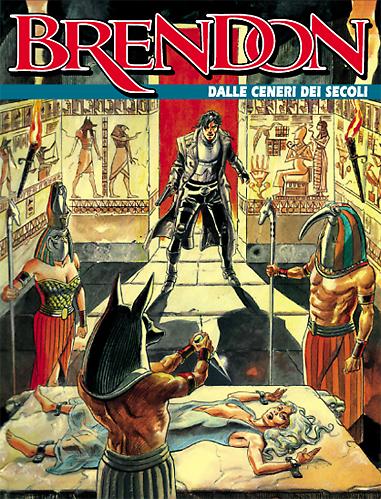 Introduction: From the ashes of time, ancient bloody rites resurface!

In the desert, Brendon finds himself faced by a ghost: a girl called Evelyn, killed on a sacrifice altar by men disguised as Ancient Egyptian deities. Was it just a hallucination, or in the surroundings of New Hope somebody is really performing bloody rites, according to the Egyptian Book of Dead? Anubi's shadow is cast upon the Last Knight Errant!