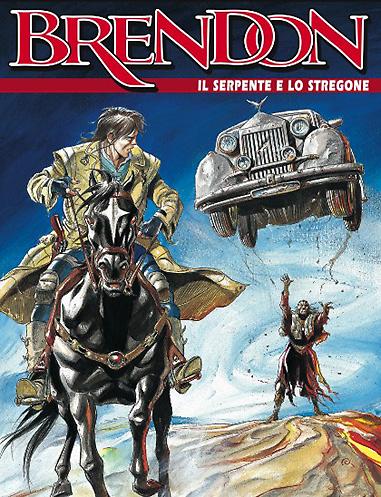 Introduction: Death omens ad an imminent new calamity: the Black Moon is about to strike!

A few months after his last clash against the Black Moon, Brendon is still on the tracks of witch doctor Zeder, disappeared in the falling of the sect's sacred temple. Someone claims he's seen the friend of the Last Knight of Fortune emerge from the temple's ruins, and then start for the desert with the regenerated Black Snake, the being that the cult followers used to venerate. The prophecy books say that the rebirth of the sacred snake will give the Black Moon such a power that it'll be able to unleash a new Great Darkness! In that case, New England and the whole planet could enter a new dark age…