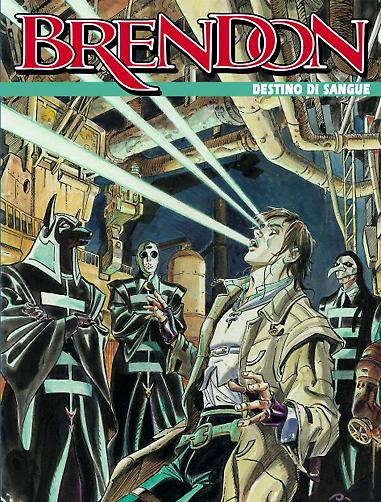 Introduction: The Dark Moon menace seems to know no end!

Brendon is hunted by strange, warning visions: he sees his late father, who tells him to run away from New England if he wants to live. The Last Knight Errant wants to see clearly in all that and ask shaman Zeder for his help. The man, though, is nowhere to be find in Old London streets… Following the witch doctor's tracks, Brendon falls in a trap hatched by his most dangerous enemies: the followers of the Black Moon, who intend to perform a bloody rite in the name of the Black Snake!