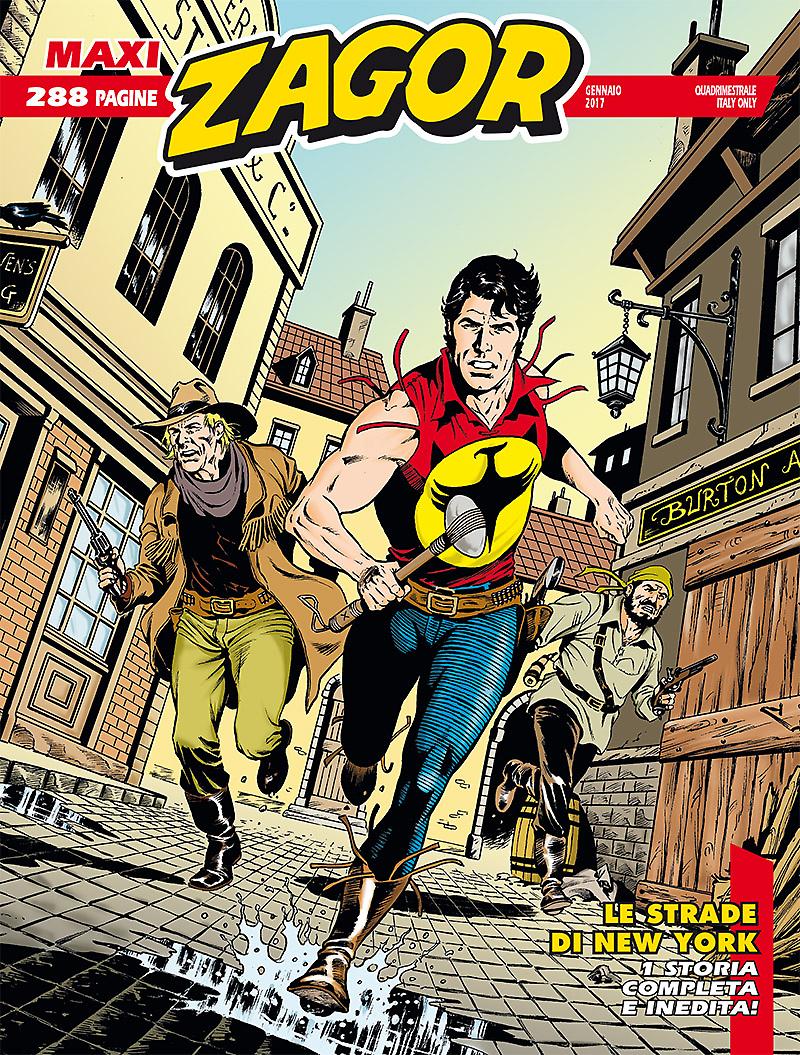 Introduction: Zagor goes to the rescue of a young girl, Aray, a prisoner in the dangerous stone jungle of New York!

Zagor, Cico, and the crew of Captain Carpenter's "Rosebud" barge sail down the Hudson River towards New York. There, they will look for a mixed-race girl, the daughter of a Native woman and a White trader who usually does business between the Frontier and the big city. Aray, the young girl, has been kidnapped by Mad Saddler's gang, the criminal mob that dominates the Five Points area. The stone jungle of the metropolis will prove to be a dark, dangerous place—only the help of a group of Italian immigrants, who have been crushed by Saddler for a long time, will allow the Spirit-with-the-Hatchet and his friends to rescue Aray.