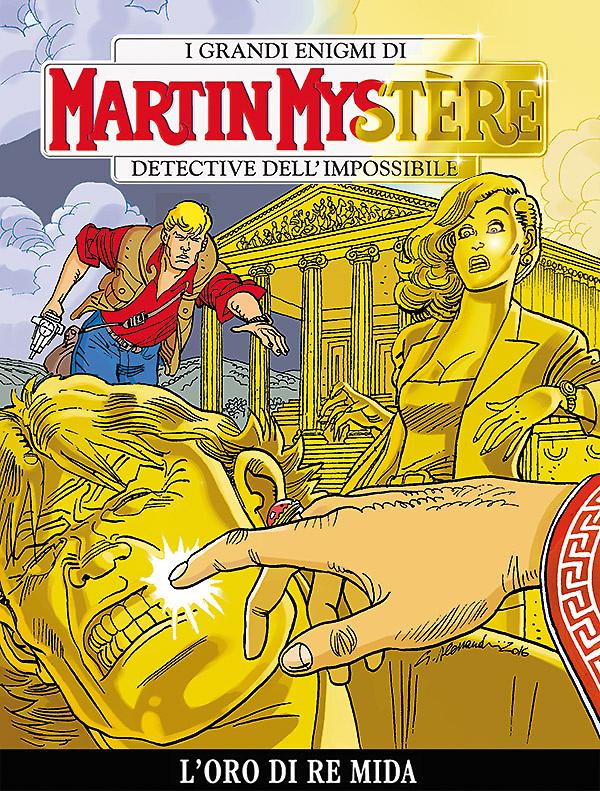 Introduction: The myth of the king who was able to turn everything he touched into gold still reverberates in present-day New York City!

According to the myth, Mida, King of Phrygia, was endowed by Dionysus with the power of turning everything he touched into gold. Later, when he realized that his gift would have forced him to starve to death, Midas begged the god to set him free from this power and Dionysus, moved to pity, granted the king’s wish. 3000 year later, our Detective of the Impossible stumbles upon an unusual mystery: someone flooded NYC book market with thousands of ancient volumes and someone else is ready to try anything, included to kill somebody, in order to buy up all the books. Martin Mystère’s investigation will take him far away in time and space, back to the time of the legendary King Midas!