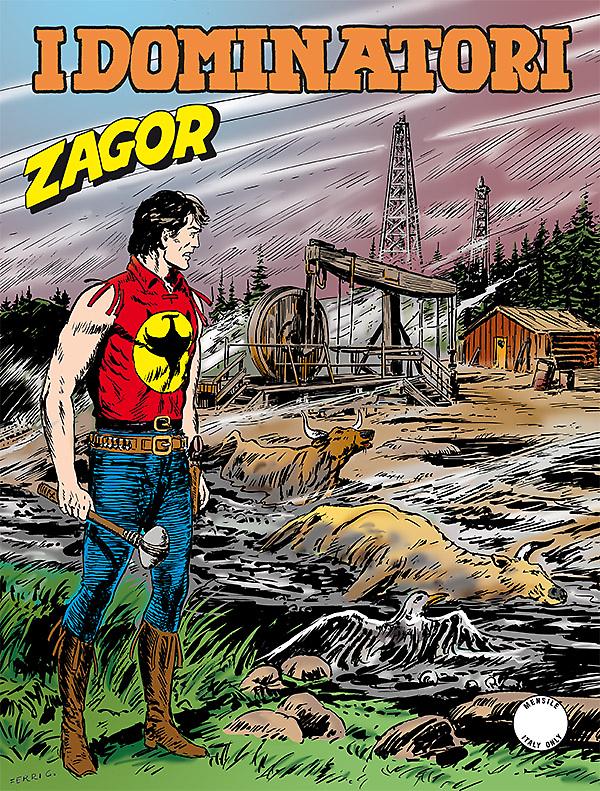 Introduction: The murder of a farmer in Merrywell apparently bear the signature of a unscrupolous oil company!...

Merrywell, Pennsylvania. Oil drillings are causing a string of environmental damages in the grazing lands of the area. When, after saving from a summary execution Ayashi – a Native man who became a human wreck, an alcoholic who's accused of killing a farmer – Zagor and Cico get to the city, they find out that Craig Turner, a journalist, is in Merrywell, too. Turner has a suspicion that there may be the hand of the oil company, behind the murder supposedly committed by Ayashi. Indeed, the local sheriff and his men are all on the company's payroll...