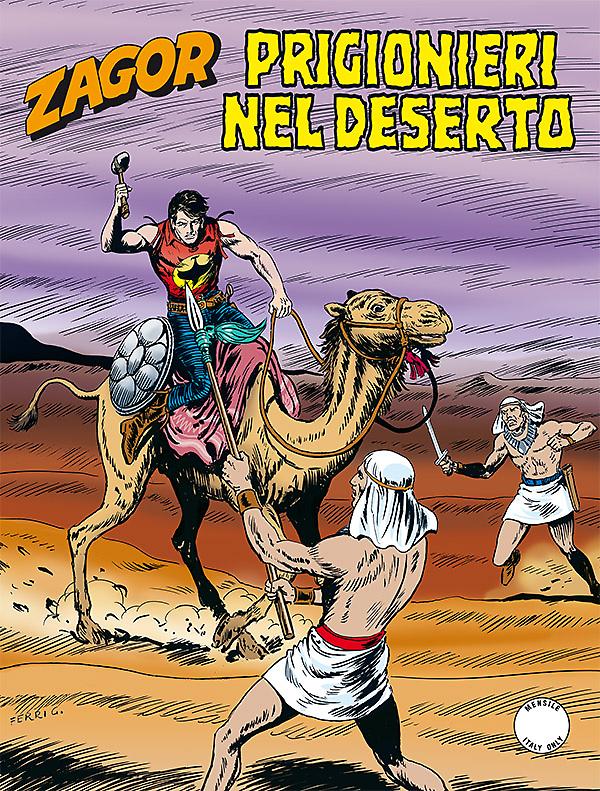 A strange spell, unlocked by a demonic "genie of the lamp" who had been set free from his enchanted prison, sent Zagor, Cico and the archaeologist, Pounder, in an alternative world that looks like a perfect copy of Ancient Egypt. After being caught by the warriors who serve a faceless pharaoh, all three of them become slaves. Meanwhile, Professor Oldbones, who stayed behind in our reality, is studying the hieroglyphs on the wall of the pyramid's underground chambers. Here, he finds the origin of the demon that Vincent Krebs forced to work at his own service...