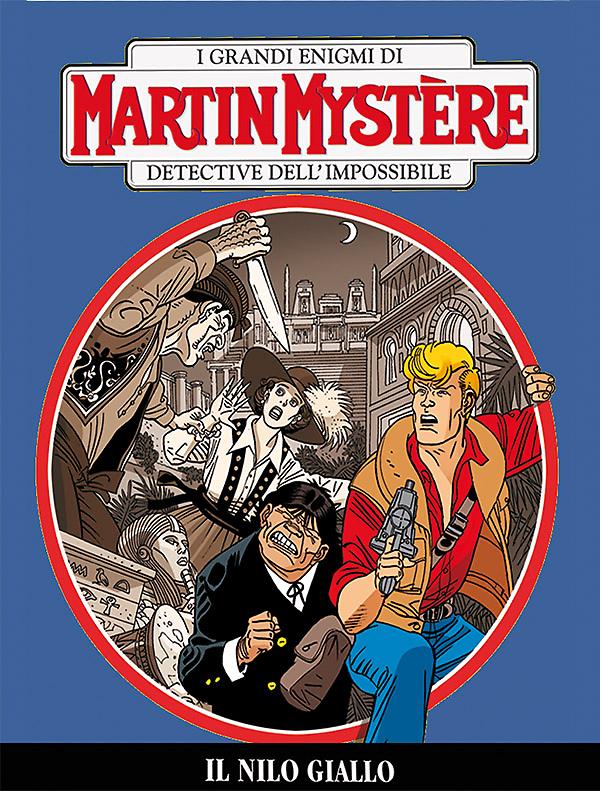 Introduction: Strange clues pepper a detective story from the early 20th century, that may lead to an extraordinary discovery!

An unpublished novel, set in Egypt and written in the 1910s by the most famous lady writer of crime stories in history: that's what Martin Mystère finds in London, while he's working on an episode of his TV show. The book describes places that were to be discovered only later, such as the famous “Cave of Swimmers”: how could the "Queen of Mystery" possibly know about it? The manuscript takes our Detective of the Impossible on the tracks of the lost capital of a forgotten people: here, under an ancient tributary of the Nile, the key to an extraordinary secret lies hidden.