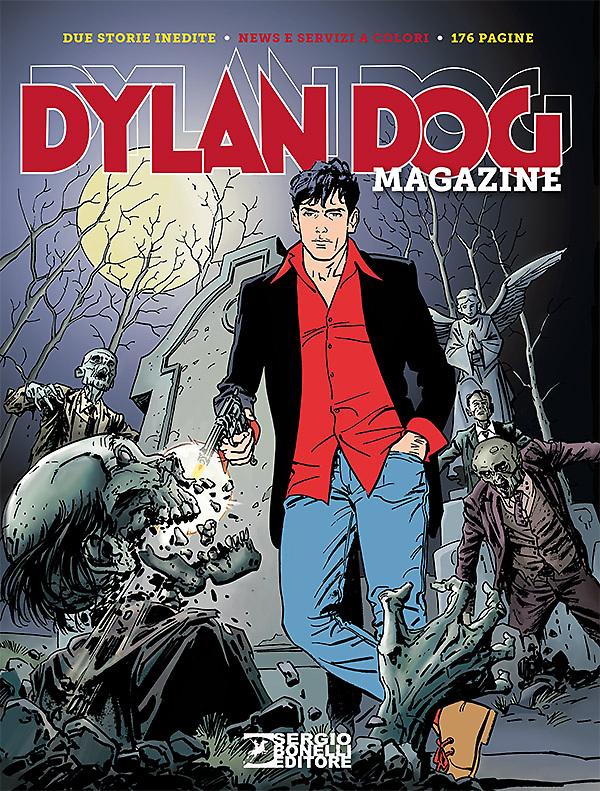 Introduction: Our Magazine is back, loaded with comics... and horror!

The Hawthornes, a quiet and very well-off family from Wickedford, have to plan a lavish marriage between Lionel, their rich scion, and Gloria, a girl with a modest financial situation. The girl has just left Dylan, a tad too bluntly, by phone. Unable to resign himself, the Nightmare Investigator rushes to the ceremony to try and prevent Gloria to get married, but he, together with Bloch, will stumble upon something really monstrous.

Dylan shares with Jeffrey, the brother of Lionel – the main character in the album's long story – elegiac memories of long-gone summers, during a pause in the hubbub of the Hawthorne marriage.

Along with the two unpublished-before, complete stories featuring the Nightmare Investigator, you'll also find dossiers about the Freaks' visionary beauty, according to director Guillermo del Toro, the cases when Hell can be found in a family's home, and the zombi invasion on the TV screen.