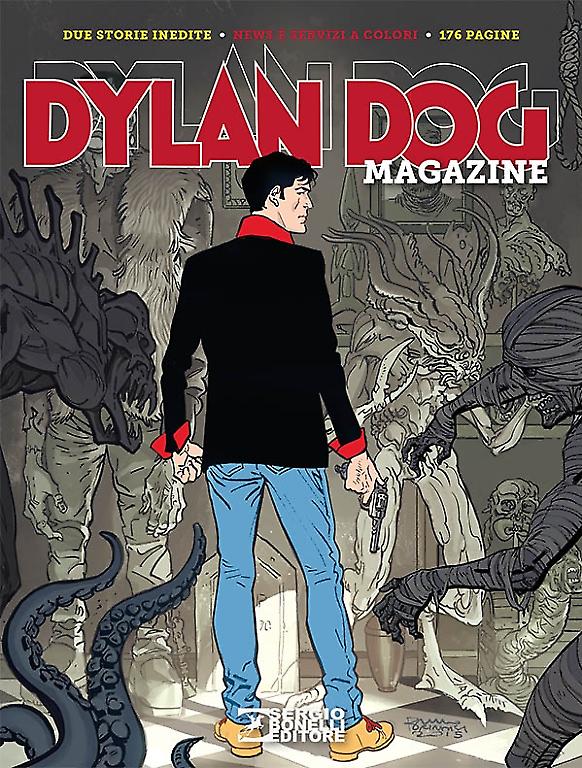 Introduction: Here comes the new Dylan Dog Magazine: everything you need for a truly “wicked” 2015!

A magazine to know everything, and even more, about the 2015 with a horror theme: on the silver screen, the comic pages, on TV, at theater and in games! A series of full-color articles, with the “horror files” about the small towns that are great treasure troves of horror; the dawn of the Gothic genre; and the tips to survive when you find yourself in... a horror movie! With two complete Dylan Dog adventures:

Dylan & Bloch investigate in Wickedford, the town where the former inspector went to live after his forced retirement. They will try to shed some light on the mystery surrounding "Blumenbach", a 1970s cult horror movie, that is the subject of a documentary being filmed by two young guys. Bloch and the Nightmare Investigator will end up trapped in the maze of an incredible, tragic story that happened a lot of time ago.

Dylan finds some money on the ground, near an ATM machine – but where did it come from? Did the passerby he just crossed paths with lose that money? Or is there a more incredible explanation... can the machine itself produce it, against the function it was created for?