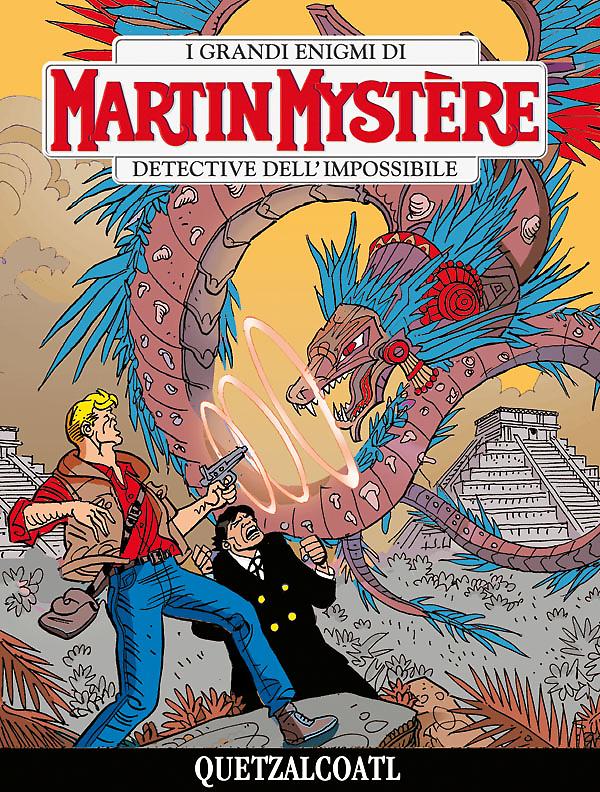 Introduction: A puppy dragon found in New York City takes Martin Mystère on the tracks of the old Aztecs!

New York City. In an operation against some traffickers of exotic animals, a puppy dragon is found preserved in alcohol: after exhaustive research, it is deemed not to be the result of a scam. At the request of Inspector Travis, Martin Mystère tries to ascertain the origin of that uncanny beast. It's the beginning of an adventure that'll take our Detective of the Impossible and Java to Mexico, looking for a creature that might not just be the stuff of legends: Quetzalcoatl, the “feathered serpent” of the old Aztecs. There, Martin will find an old acquaintance of his, who's also interested to the so-called "fantastic animals", but for a different set of reasons.