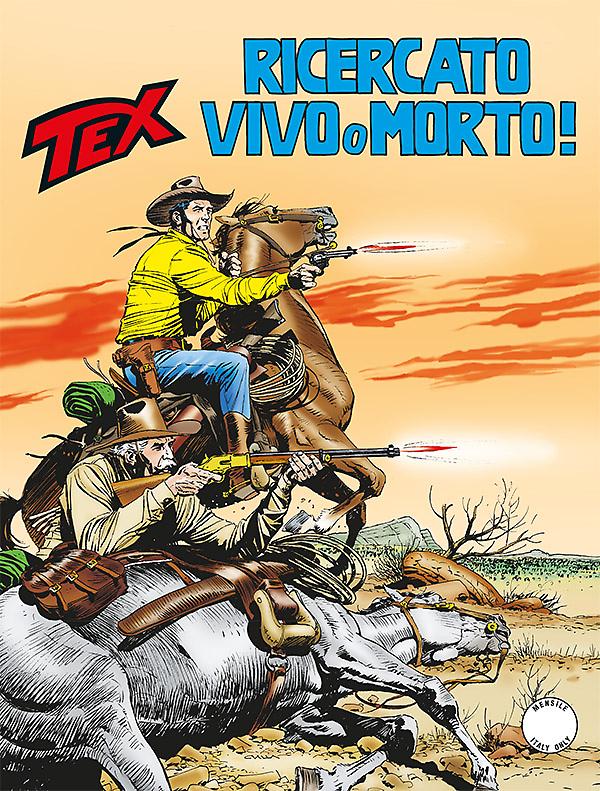 Introduction: Who's on Jeff Cartland's tracks? A gang of hired killers and… Tex Willer!

A young man, Jeff Cartland, is indicted for the killing of Frank Hayward, the son of an influential and powerful rancher… His track is the line where the fates of several bounty hunters’ parties – formed by killers hired by Derek Hayward, the father of the deceased boy –, and Marshal Dawson, a law enforcer whose loyalty is misplaced, meet… In order to prevent a summary lynching and shed some light on the case, Tex Willer & Kit Carson will have to face enemies on several fronts: everybody’s trying to find the man who has an handsome rewards on his head, because Jeff is wanted: dead or alive!