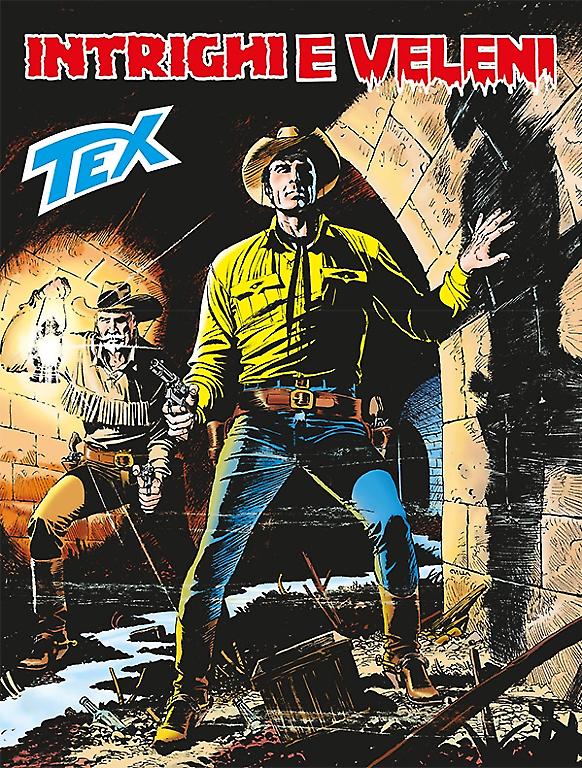 Kit has disappeared! After arriving in Selkirk on the tracks of Dragon’s dangerous hunchmen, Tex & Carson have a hard time finding the key of the problem, what with an attack to Grant, the alleged culprit; the involvement of Dr. Marvel; the mysterious identity of the self-appointed “Dragon”; and a trail that leads to the city’s underground... It will be in the dark, inside Selkirk’s entrails, among illusions and drugs that have the power to fluster him, where Tex will finally come face to face with his enemy!