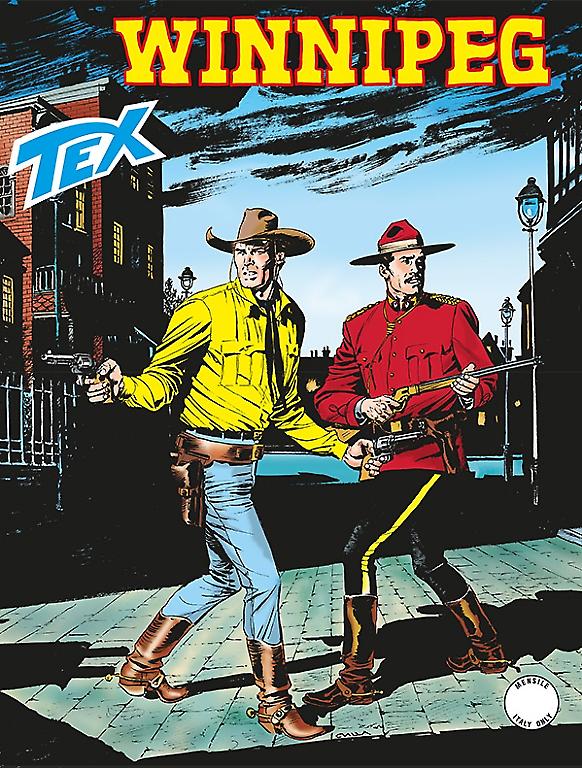 Joining forces with an attractive woman, Dallas, and her killer brother Kid Rodelo, Mike Foster opened a saloon in Winnipeg, in the Canadian province of Manitoba: there, the two young ex-criminals can spend a golden exile, controlled by the “Red Serge” officer Jim Brandon. A couple of unexplainable murders spur Colonel Brandon to call Tex and his pards’ for help. Kid Rodelo cannot be involved in these crimes, after he’s lost the use of his legs and left arm. Who is then the mysterious figure who’s scheming in the dark with Mr. Grant, the director of the Skin Company in the nearby rival town of Selkirk?...