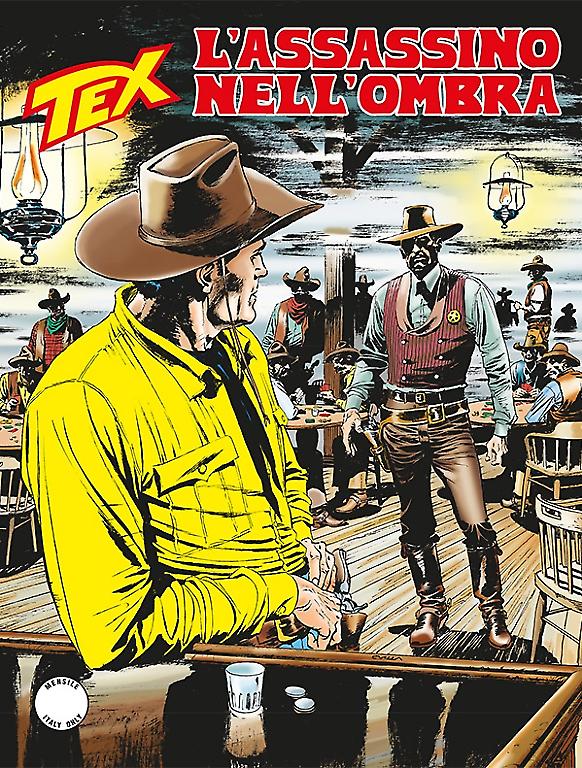 Introduction: The culprit throws off his mask!

Timothy Russell is in a tight spot: he’s indicted because of the evidence against him and hunted by the fierce men that the father of Alicia, Timothy’s secret mistress, sent on his tracks. And a mysterious killer is still leaving dead bodies behind him… Tension rises in Silverwood, but, to the wanted young man’s relief, justice here has the face, guns and fists of Tex Willer & Kit Carson!