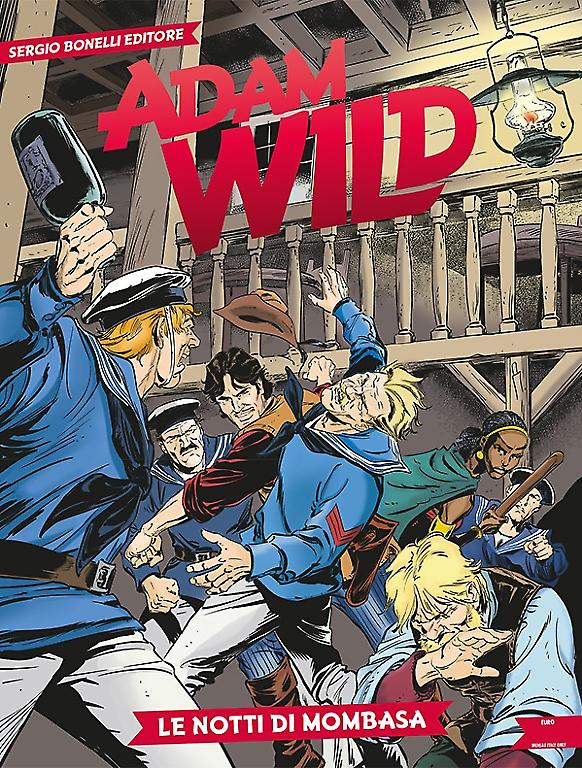 Introduction: Frankie Frost goes to Mombasa with one purpose: to kill Adam Wild!

Adam and Amina spend an eventful night at the Victoria Tavern, a Mombasa nightspot mainly patronized by British sailors. They kick off their night out laughing at the performance of a comic duo, and end up in a wild scuffle, caused by an arrogant British officer. Still not satisfied with the pommeling he received, the man challenges Adam to a formal duel. But somebody’s hiding in the dark, ready to take advantage of the situation in spite of every set rule: Frankie Frost, Adam’s sworn enemy, is determined to change this farce into a tragedy!