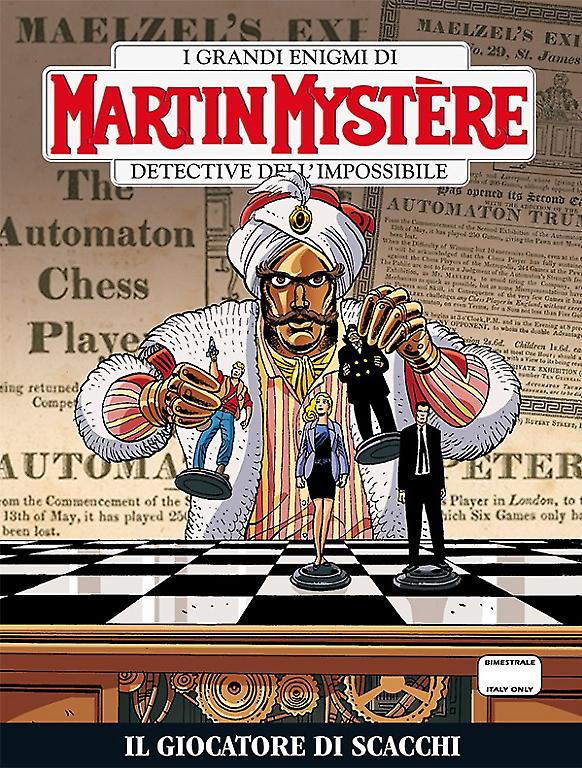 Introduction: An extraordinary automaton from the past is the key to an intricate mistery!

In Austria, during the XVII century, the inventor Wolfgang Von Kempelen built for Queen Maria Theresa an extraordinary automaton dressed like a Turk, who was able to play chess and defeat every adversary. Nobody managed to ascertain how it worked, because the machine was destroyed during a fire in 1854. Nowadays, a copy of the automaton, created for an exhibition, is targeted by an attack. Why? Inspector Travis thinks it’s not just a case of madness, and involves the Detective of the Impossible in a situation that will reveal itself to be an intricate mystery.