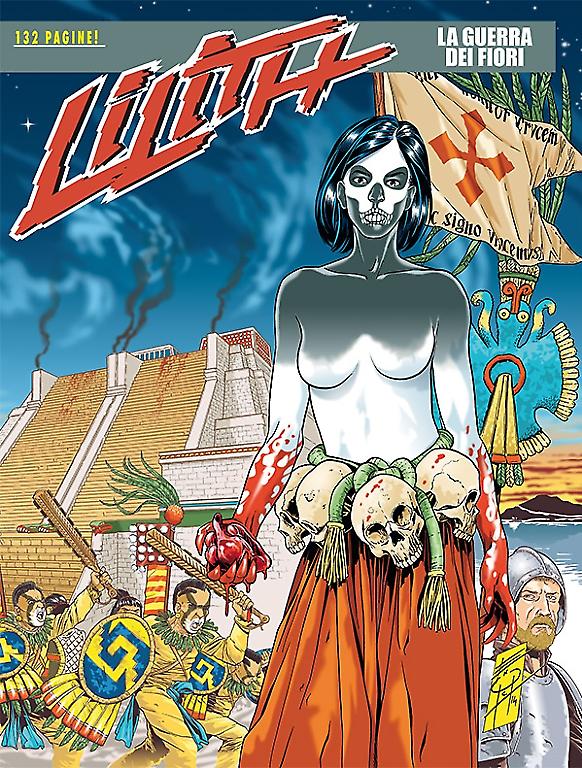 Introduction: The powerful, heavily-armed Aztec troops are waiting for Cortés and his conquistadores!

1519, the year of the famed Hérnan Cortés expedition in Central America. With a few hundreds "conquistadores", the Spanish hidalgo sets foot on the shores of Mexico and goes towards the capital city of the Aztec empire, Tenochtitlan. He is accompanied by the comrades made famous by the chronicles of that time: Captain Pedro de Alvarado, the chronicler Bernal Diaz del Castillo and the translator, and Cortés’ lover, Dona Marina, la Malinche. The Mexica world, though, is not the one we know from the history books: due to the changes caused by Lilith several centuries before, we find ourselves in a dystopic universe. What Cortés will have to face are not a few warriors who brandish wooden swords with stone blades and are terrified by the sight of the Spanish horsemen: it’s a powerful army, with a frightening cavalry furnished with steel weapons. And Lilith, too, is waiting for the conquistador, since the bearer of the Triacanto is hiding among the Spanish troops—she will spare no efforts to find his identity!