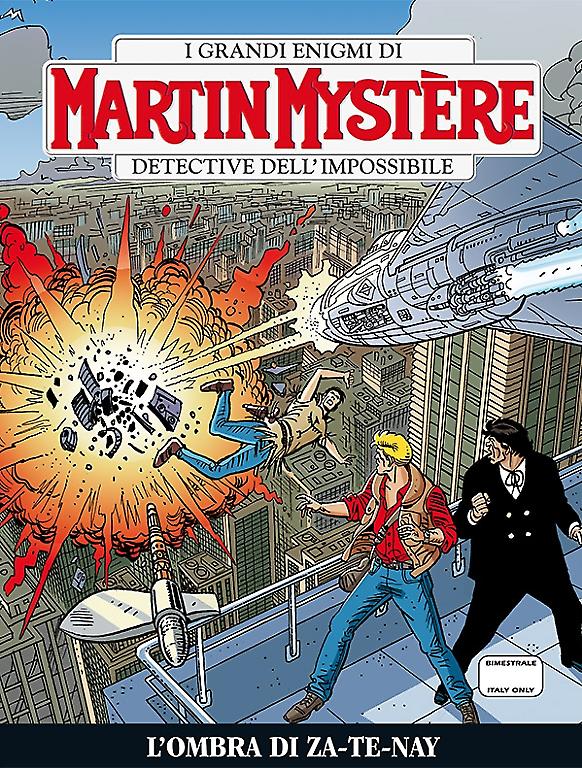 Introduction: Once again, the Detective of the Impossible's fate is entwined with "The Man with the Hatchet"'s!

He was known as Za-Te-Nay, or "The Man with the Hatchet", the lead character of a series of dime novels, published during the XIX century, and his name was shrouded in legend! The Detective of the Impossible has learned that he was no fictional character, but he was real and his destiny was bonded with something that happened on a distant planet, a long time ago. After many years, the hero's weapon, an hatchet that possesses extraordinary powers, is at the center of some mysterious happenings with which Martin Mystère, Java and a small artifact of unknown origins, seemingly gifted with its own will, are involved...