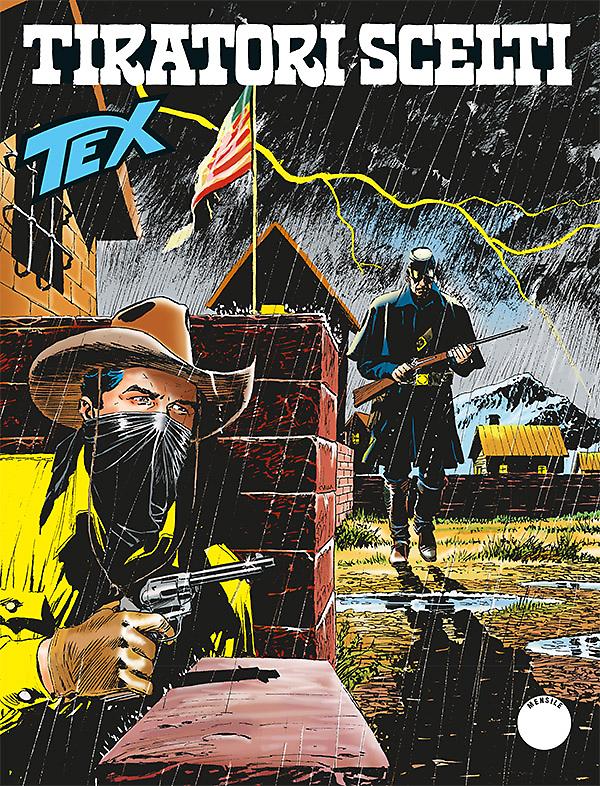 Introduction: Hot lead and fisticuffs to solve a shameful scheme!

While Kit and Tiger investigate about a load of arms robbed in the Altar desert, Tex and Carson try to find the instigators of the massacre of a military patrol. While they’re unraveling the tangled strings of this scheme, the two pards open up a nice can of worms. Army top brass and political bigwigs are involved in the conspiracy of El Supremo and, in an isolated outpost, seven of the best U.S. Soldiers have been forced to join the rebel army...