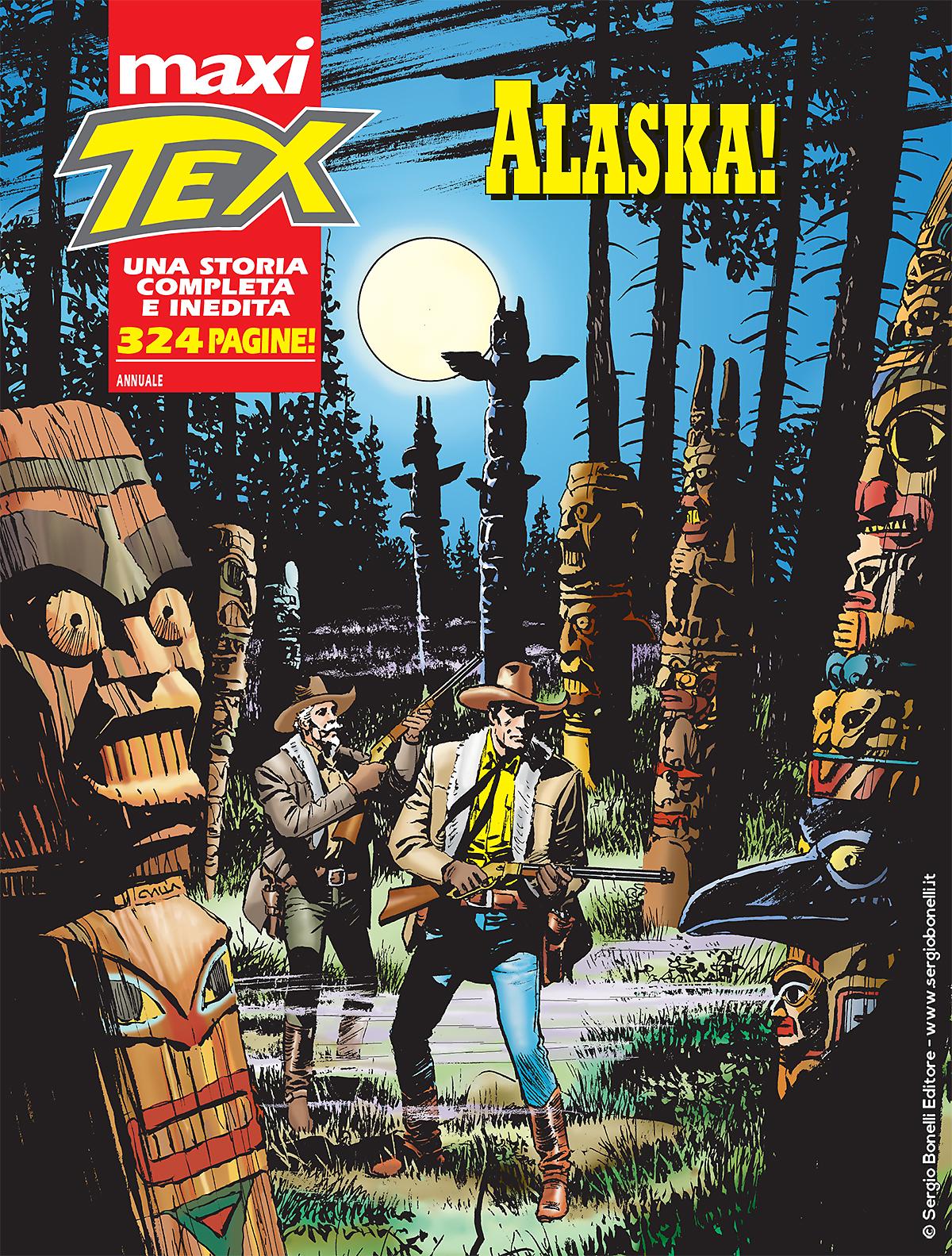 Introduction: In the wild lands of the North, between forests of totem poles and fierce deities...

In Sitka, in Alaska’s fjords, a misunderstanding between the motley crew of Captain Roscoe and the Tlingit led by sakem Kowee originated a guerrilla fight, that ended up involving Gros-Jean and his Eskimo stepdaughter, Dawn. Coming there to help their friends, Tex and Carson find that the main reason for the quarrel is the kidnapping of several Indian girls. Nobody really believes that the fault lies with the legendary evil spirits of the woods, the Kuchtaqa... But then, also  Dawn and Kowee’s daughter mysteriously disappear... And beyond the frosted mountains up north, an monster flesh-eating god is about to make them his wives...