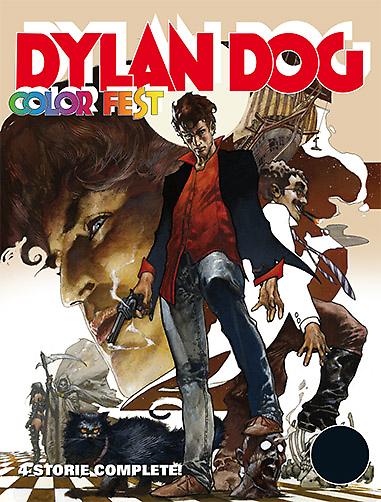 Introduction: A poltergeist, a serial killer, an ominous morgue and a strange two-wheeler… in full colour!

Dylan has to face a classic case of poltergeist, in a class of difficult teenagers, where nothing is what it seems to be. To solve this puzzle, the Nightmare Investigator will have to confront a personality that conceals a shocking secret.

While a hooded serial killer is spreading death all over London, draining the blood of his victims, and an old friend never looses sight of her sharp scythe, Dylan is force to plunge into the same nightmare again and again!

A step back in time: Dylan still is a policeman at Scotland Yard, and his worst fears seem to materialize when he’s entrusted with the night watch at the morgue. Once alone, a shiver runs down his spine when he hears voices and disquieting noises coming from inside the building. At nightfall, the horror begins!

A mother knocks at the Craven Road dweller’s door because of her difficult 12-year old son: the boy has a morbid and addictive relationship with a strange broken bicycle he repaired, after finding it in the street. All at once, though, the Nightmare Investigator realizes it’s the same byke he had to deal with in the past, at one of the most difficult times in his life...